A few months ago, my 6-year-old daughter asked a question that has had me thinking ever since:

Men’s Ring : For the no-frills guy who doesn’t want to wear a plain, a simple plaid will do. Although used for centuries in clothing and garments, the plaid ring created by our artisans is a refreshing new look in men’s wedding band ring.

Mommy, why does God matter so much?

It was the most fundamental of questions, really. Yet I was embarrassingly uncertain of how to answer it in a way that meaningfully encapsulates the full answer for her. I’ve thought about the question many times since she first asked it, and it’s always bothered me that I haven’t quite been able to put my finger on how best to reply.

Meanwhile, in the last several months, I happen to have read a lot of “deconversion” stories online (testimonies from ex-Christians of why they lost their faith). It hit me just recently that there’s a theme at the end of many such stories which ultimately points back to the answer to my daughter’s question (I’ll come back to that at the end of this post):

After people recount how they lost their faith, they often conclude their story with a glib comment of how they moved on because they “didn’t need God anymore.”

This is a strange conclusion that I think betrays a lack of deeper insight.

If God exists, we need Him. All things were created through and for Him; He is the Source and sustainer of everything by definition. Therefore, if God exists, it’s not a choice to need Him, it’s simply a fact that we do.

What their statement betrays, therefore, is that they had come to believe in God based on felt needs (desires) rather than on the conviction that God truly exists.

When they realized they didn’t need to believe in God to satisfy those felt needs, they simply eliminated Him from the picture and met those needs in other ways. It looks like this:

Are Your Kids Building a Faith on Desires or Conviction?

Unfortunately, it’s all too easy to inadvertently lead our kids in the dangerous direction of building a faith on felt needs rather than conviction.

I’ve noticed that deconversion stories commonly reference one of three felt needs that ex-Christians claim they don’t require God to satisfy anymore. These are instructive for us as parents, as we can see what is frequently being substituted for genuine conviction in God’s existence as the basis for belief.

Felt Need 1—To be happy (Eventual revelation: “Wait! I don’t need God to be happy!”)

For some strange reason, many people subconsciously believe that in order to be happy, they need to believe in God. I say “strange,” because the Bible clearly doesn’t suggest that Jesus was in the business of making people happy or comfortable. Rather, Christians are called to a life of self-sacrifice and to follow Jesus at any cost. Responding to that call results in a Christ-centered joy, but is no promise of circumstance-centered happiness.

Let’s face it. The picture of Christianity that’s presented to kids in many churches is as rosy as punch. Lots of simple, happy songs and lessons about God’s love with an overarching tone that we all live happily ever after once we’re saved. When we fail to arm our kids with a more complete understanding of God’s nature (loving and just), the problem of evil and suffering in the world around us, and the sacrificial life we are called to live, we set them up to think being a Christian is about being happy. If the desire for happiness becomes the foundation of their belief, it’s a short step toward atheism when they realize they really canbe circumstantially happy without God.

Ex-Christians often recount their deconversion with a summary line to the effect of, “I realized I didn’t need a cosmic policeman to be a good person.” This is usually followed by some kind of pronouncement of freedom, as if the person had felt personally shackled to the stone tablets of the 10 Commandments their whole lives.

But atheists can behave as morally or more morally than Christians. The Bible says that God has given everyone a moral conscience, not just those who believe in Him (Romans 2:15). It should be no surprise that atheists can be nice people who make morally good decisions.

It’s simple. We focus on our kids’ behavior by default. It’s 5000 percent easier to work on our kids’ behavior than it is to work on our kids’ faith development, which requires a lot of proactive effort. When parents make faith about what happens on Sunday and don’t regularly integrate faith at home, kids can easily begin to believe that being a Christian is about being nice. If kids start building their faith on the thought that Christianity is about being a good person, it’s easy to leave Jesus behind when they realize they don’t “need” God to do that.

Felt Need 3: To find some kind of meaning in life (Eventual revelation: “I don’t need God to live a meaningful life!”)

Earlier this year, former pastor-turned-atheist Ryan Bell commented, “Life does not need a divine source in order to be meaningful. Anyone who has seen a breathtaking sunset or fallen in love with another human being knows that we make meaning from the experiences of our lives.”

To this I say, Mr. Bell, your meaning doesn’t mean much. But that aside, atheists like Mr. Bell can find some kind of personal meaning in life without believing in God.

When we’re passionate about our Christian parenting, we can fall into the trap of beating our kids over the head with the idea that our lives are “all about God.” Our lives are all about God, but if we just emphasize this summary idea repeatedly without consciously addressing the why, our kids may ultimately conclude they can craft an alternative life meaning and leave God out of the picture. Building a faith on the idea that it’s the only way you can have meaning is a dangerous path. As Christians, our lives have meaning because we believe God exists; we shouldn’t believe in God because we want to have meaning.

So Why Do We Need God?

This comes full circle to my daughter’s question: Why does God matter so much?

And if He exists, we need Him. We are dependent on Him for everything.

He is our Creator and Sustainer, and we are here to fulfill His purposes. If we live as though He doesn’t exist and we don’t need Him, our lives are like a key we keep putting in the wrong lock. We may put the key in a lock that “sort of” fits and can “sort of” move the lock around, but ultimately it won’t unlock the door to our soul’s eternal purpose.

It’s critical that we make sure our kids are building a faith based on the conviction of God’s existence and not felt needs. In my next post, I’ll be telling you about a fantastic new book coming out that will help you and your kids learn more about the evidence for God. Stay tuned!

Here’s a little experiment. Ask your kids tonight, “Why does God matter so much?” or, “Why do we need God?” Seeing how they respond can give you much insight into how they’re thinking about God at this point in their lives. I’d love it if you would come back and share their responses!

EVERY Saturday our 9:30 a.m. class is free and open to the public!  If you want to see what we are all about, that is a great time drop in.  If you plan on coming in, please call or email in advance.

🎄 GIVE THE GIFTS OF HEALTH AND FITNESS THIS CHR

Happy Thanksgiving from Notch 8 🦃 We are so tha

It’s time to start thinking about our December C 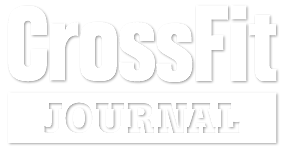 The InBody 270 measures and records an individual’s weight, skeletal muscle mass, and body fat percentage. By combining data from